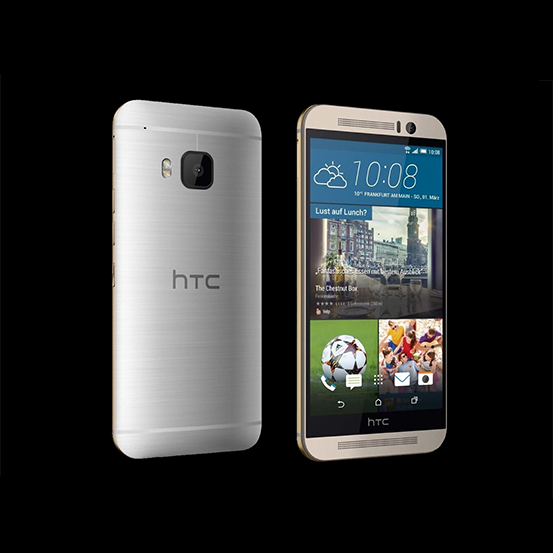 HTC’s newest flagship phone was revealed at the Mobile World Congress in Barcelona earlier this month. When compared side by side, the HTC One M9 looks very similar to its predecessor, the One M8—in fact, it acts very similarly, too.

This year, the HTC One M9 received something more similar to a facelift rather than a revolutionary upgrade. Instead of enhancing their display, HTC chose to stay out of the pixel war and stay with the same 5 inch display as last year. Coupled with the same display, they’ve also decided that a smaller phone overall—when compared to the M8—will help fix customers’ complaints about how slippery its predecessor was. As gorgeous the displays of other phones may be, the unimpressive pixel count did not take away from the beauty of the M8, so we will not be complaining about the M9. The phone itself is now smaller and a bit wider in comparison to the One M8. While at first this may seem to be a strange decision, it shows that they really care about working with their customers to achieve the ultimate owner-phone experience. While most phones grow with each generation, the M9 shrunk just a little so that it will fit better in its users’ palms and pockets. The body is still metal and it looks like it will still carry the premium feel. The M9 also sports a two toned colour that adds to its elegance. It will be offered in silver, gunmetal gray, and gold.

One of the reasons we think that HTC chose to stay with the same display as last year is so that it can conserve battery. Battery is arguably the most important feature in modern cell phones, and it’s apparent that HTC knows it. Even suited with the octa-core Snapdragon 810 processor, HTC’s really made the effort to go above and beyond by also bumping the HTC One M9's battery to one with 2840 mAh. HTC touts that this phone will be able to last 402 hours on standby while running on a 3G connection. We found that the M8 was easily a one day phone, which means that we’re expecting the M9 to last a day and a half on one charge. The HTC One M9 will also be compatible with Quick Charge 2.0 so that users can get from 0 to 60 percent in battery life within just 30 minutes. However, HTC chose not to package the Quick Charge adapter with the phone, so users will need to purchase it separately.

Again, we see an example of HTC listening to its customer complaints. Many customers chose other phones over the M8 because of its unimpressive camera, so HTC focused improvement in this area. The UltraPixel camera has been moved to the front so that it now features a 4MP UltraPixel front camera. What’s special about the UltraPixel camera is that it uses four pixels per one dot on a photo, which means that the HTC One M9 will be perfect for capturing the best selfies. In the rear, the HTC One M9 now has a true 20MP camera. It features autofocus and a dual toned flash, but we found that it was still lacking when compared to other flagship phones’ cameras. However, if you’re a casual blogger or just want to capture some memories with friends and family, this camera will prove to be more than sufficient. It’s the professional photographers or those who are serious about camera-photography who are expected to gripe about the lackluster HTC camera. 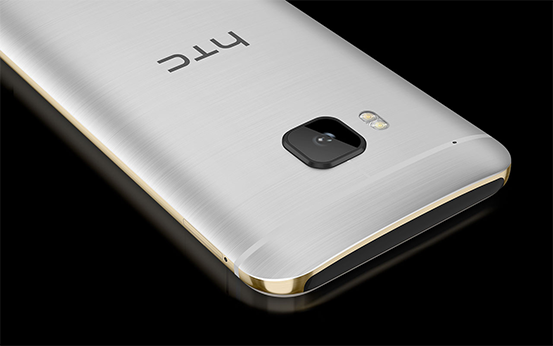 The HTC One M9 will come with 3GB of RAM and the latest Qualcomm Snapdragon 810 octa-core processor. The processor will prove to be very helpful with extending battery life because this processor features eight operating cores where four will turn on depending on how heavily the phone is being used. Customers will not get to choose between 32GB or 64GB versions because the M9 will come only with 32GB of internal memory. However, HTC has kept the expandable memory, meaning that customers can add up to 2TB of external storage. Even though we’re not quite able to fit 2TB into a microSD card yet, owners of the new M9 will be able to fully utilize SanDisk’s new Ultra, the 200GB microSD card. With 200GB of external storage on top of the 32GB internal memory, we’re sure that customers will have no complaints in this department. As always, BoomSound is expected to set the new standard for sound. The M9 speakers reverberate music in ways that only front facing speakers can. The new version of BoomSound features improvements in all areas, most importantly: volume, clarity, and bass.

The HTC One M9 will ship with the most updated version of Android: Lollipop 5.0. However, like many brands, the M9 will come with HTC’s own Sense 7.0. Sense features many new qualities, introducing the all new Theme Generator and the “Sense Home” widget. Those who love to personalize their phones will love the Theme Generator because it comes stock with the phone and is easily accessible, allowing owners to really personalize their phone with different icons, colours, and even sounds. Sense Home is HTC’s new intuitive widget meant to flow and synchronize with your life. It claims to sense when you’re at a predesignated location and pull up apps that will be useful at that time. For example, it will show the email app when you’re at work, or the remote control for home media control when you arrive home. While Home Sense looks very good on paper, we’ll have to see how it performs in real life to judge its practicality. 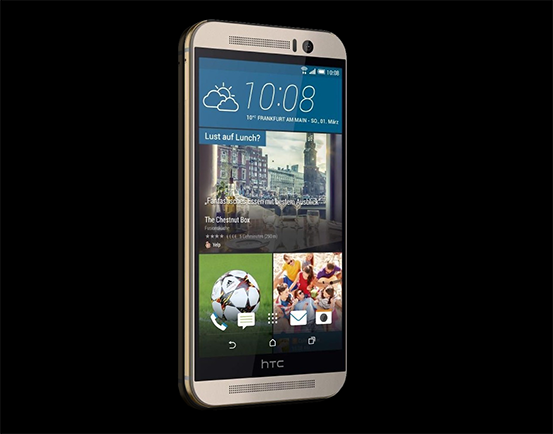 HTC seems to be really focusing on storage this year, because it’s also rumoured that customers who purchase the HTC One M9 will also receive a free two year account for 100GB of Google Drive storage. We’ll also be getting an assortment of updated official HTC accessories which, of course, need to be purchased separately.

We think that the HTC One M9 is going to be a great phone for the general public. Customers who seek revolutionary changes with the best of the best in specifications will need to turn elsewhere. While the One M9 may pale a little in comparison to other flagship phones, it is nothing to be scoffed at. This phone is powerful, gorgeous, and still holds the gold standard for sound. Unlock HTC M9 Unlock HTC M9 T-Mobile
Tweet