Google Now vs. Siri: Battle of the Virtual Assistants 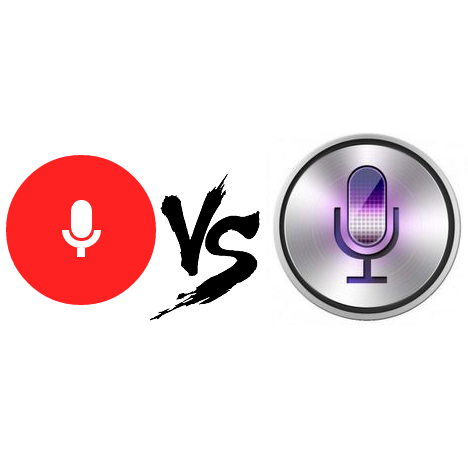 How to Decide Which is The Best for You

Since Apple debuted Siri in 2010, smartphones have begun to take on the role of virtual personal assistants in many people’s lives. A few years later, when Google launched their "Google Now" voice protocol, smartphone users were given a choice as to which sort of virtual assistant they prefer; although Siri and Google Now can accomplish many of the same tasks, the way they work is fundamentally different. So which system is best for you? With a head to head comparison of Google Now vs. Siri, read the pros and cons of each to determine which one you’ll like best.

Siri is, of course, the original virtual assistant, and as such, has a strong reputation to stand on. The idea behind Siri is that the software ("she") acts just like a real person, responding in real-time to conversational queries and requests. The name Siri is even taken from a Norwegian female surname which means "beautiful woman who leads you to victory."

Since 2010, Siri has proven "herself" to be extremely responsive to conversational commands, and many people even see her as a "virtual friend" (Spike Jonze even famously took this concept to strange new depths in his film "Her" about a man who falls in love with his virtual assistant).

Siri is also known for her trademark sassy responses to questions such as "Do you love me?" and "What’s my favourite color?" – a type of personal touch that Google Now doesn’t provide.

The main drawback of Siri for many people is that the system lacks the ability to predict what information might be relevant to you throughout the day (which is exactly what Google Now does). In fact, the whole concept of Siri is that she only responds when you need her, and otherwise stays out of the way.

Another drawback is that, being an Apple product, Siri is of course only available for the iPhone, so if you’re an Android or Windows Phone user, you don’t have much choice in the matter.

Since Siri had already been around for a few years when Google introduced Now in 2012, Google had to make an effort to make something different than what Apple already offered. The result is a virtual assistant with a totally different personality. Rather than waiting for you to ask a question, Google Now will try to give you helpful updates throughout the day based on your previous activities. For example, Google Now can provide you with traffic and weather updates as you leave your house for work in the morning, and can even provide you with an alternate route if there’s bad traffic on the roads.

Google Now also keeps track of your interests, so it can keep you posted by telling you things like how your favourite sports team is faring in their current game, or when your favourite band is releasing a new album.

The idea behind Google Now is that it learns more about you the more you use your phone. So while it may take a while for Google Now to start predicting what you want to see, once it learns enough about you, it can be an extremely powerful tool.

Google Now is also voice activated (it's always listening for the phrase "Hello Google"), so you can operate it hands free, and is available across multiple platforms, unlike Siri, which is only available on iOS.

An obvious drawback of the Google Now system is that some people simply don’t like being interrupted all the time. Certain people may love the fact that Google Now is always trying to provide relevant information, while others may simply want their phone to leave them alone.