What Is Apple Pay? 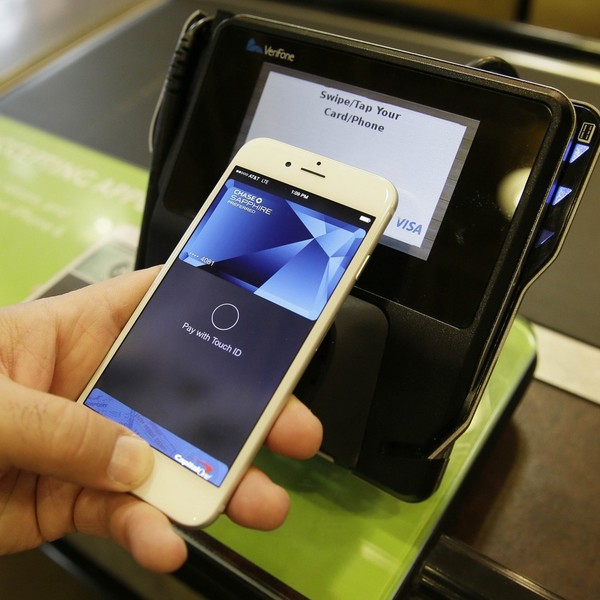 There is no doubt that Apple Inc. is one of the tech companies that had a strong impact in the advance of technology we are witnessing in the last two decades.

One thing that makes Apple special is the fact that they are always working on revolutionary product introduced with new features that are never seen before. Of course, each of the devices and the tech solutions make the lives of their users much easier. In 2014, Apple announced its first mobile payment and digital wallet service simply called Apple Pay. This service allows consumers of the iPhone 5 and later models, and iPad models to make payments in iOS apps and contactless POS. In other words, users do not need their debit or credit cards to make payments. Even though there are some contactless payment solutions in the market, Apple Pay comes with a 2-factor authentication for extra security. Since Apple is a highly reputable brand, it is not surprising that over one million credit cards and debit cards were registered on the Apple Pay service in the first 72 hours of its release. This number exceeds the number of users of the most popular mobile payment service. When this service was released in October 2014, it was available only in the United States. The management of Apple said that their goal is to make Apple Pay a global payment service. Today, after 15 months, Apple has revealed that their service can be used in over two million locations around the world. Au Bon Pain and Chick-fil-A are some of their newest partners. Apple Pay works even with vending machines and self-service terminals. But, what is even more interesting is that this useful payment service is now available around the world. After the initial release in the USA, Apple decided to expand its service to the United Kingdom (July, 2015). UK users can rely on Apple Pay in more than 250.000 locations in the country including some popular high street stores, BP gas stations, the Post Office, London Transport System etc. It can also be used to pay for in-app offers. Starting from November, 2015, users from Canada and Australia got the chance to use Apple Pay. However, the use of this service is limited and only available with American Express. Those who are planning to use this service in these countries with their American Express card should take a close look at the list of stores that accept this payment option because not many stores accept it. In Australia, you can use it in Target, Starbucks and Zara to name a few, while in Canada you can use it in Staples, Petro Canada and McDonald’s among others. It is also worth mentioning that Apple gets three times higher fee from the transactions users in Australia and Canada via Apple Pay compared to the United States. The latest news is that Apple Pay is now available in Spain, Singapore, Hong Kong and China, but once again only for American Express. There is no doubt that this is a helpful mobile payment service. Let’s see how Apple will revolutionize mobile payments in the near future. How will Apple Pay effect your life? We would hear from you!