Home » Blog » Did Samsung Create A Better Phone Than The Galaxy S7 For Cheaper?

Did Samsung Create A Better Phone Than The Galaxy S7 For Cheaper? 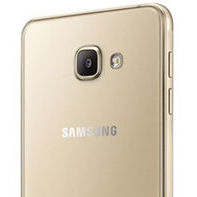 Rumours of the Samsung Galaxy A9 has been floating around for a while now. Recently, many specs and other information regarding the new phone has been released to the public.

Although all of these aren’t final, they give a very good idea about how the Galaxy A9 is going to look. This article will contain all of the latest rumours about the A9 and its specs. According to AnTuTu, the Galaxy A9 will feature a Qualcomm Snapdragon 652 processor and an Adreno 510 graphics processor. This will allow for a fast phone with very nice graphics. Many people had thought that it would run on Windows 10, but that is now very unlikely. The screen will be 6-inches and have a 1920 x 1080 pixel display resolution, creating a very HD picture. The phone will even have a 4GB RAM. It will come stock with a 32GB internal storage. It is said to have a Micro SD slot so this can be used to add to your phone’s storage. That can lead to a lot of extra memory available to your phone, and not many phone brands offer this feature. The Samsung Galaxy A9 will have a 4000mAh battery. This can mean many hours of run time on your phone before you need it to be charged. It also features a 16MP camera for high quality pictures, but no news on the front facing camera has been released. It is also being said that it will likely come with the Android 6.0.1 Marshmallow straight out of the box. The Galaxy A9 has some very nice features like the high screen resolution and a large screen. This is a very popular feature as nobody wants to be staring at a tiny phone that has a low pixel resolution. It can hurt your eyes and make it tough to read small words. Another impressive feature is the Micro SD slot that they added to the A9. This allows you to add so much extra memory to your phone. It is also very simple to do. The last feature that I would like to talk about is the 4GB RAM. Your phone needs to have a high RAM in order to run fast. Many new phones are starting to come out with a higher RAM. The galaxy A9 did just that. You shouldn’t have to worry for a long time about your phone being slow. There has been no confirmed release date yet for the Samsung Galaxy A9, but it most likely won’t be for a little while still. The Samsung Galaxy S7 had recently been released so it will probably be sometime soon. The Galaxy A9 is very desired among the public. I think that it will be a very popular phone. What are your thoughts about the Samsung Galaxy A9? Let us know in the comments below!