Huawei GR5 And What It Is 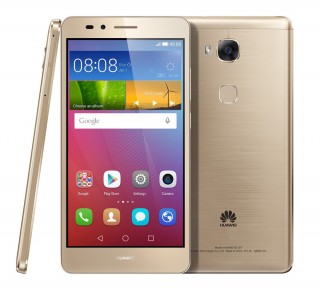 The Huawei GR5 is Canada’s watered-down version of the Huawei Honor 5X. It is currently offered by the Canadian carrier Rogers Wireless for $0 on select 2-year plans or $375 if you purchase it outright. Even as a free mid-tiered phone, is it worth it?

Design wise, it looks very pretty. It has a lightweight aluminum unibody that encases a 5.5” screen with a 1920 x 1080 resolution. The back has a brushed metal finish, with the power button and volume rocker on one side of the phone. The SIM card and microSD card slots are located on the other side, and the USB port is at the bottom of the phone and the headphone jack is at the top. It carries the look of a premium device, but the weight of the phone suggests that Huawei may have left some things out in order to keep the pricepoint low. The phone features a Snapdragon 616 coupled with 2GB of RAM. Being a mid-tier phone, it’s no surprise that it didn’t come with the latest Snapdragon processor. However, it’s still disappointing that the company didn’t put in just an extra GB of RAM, like many other phones of the same level that come with 3G of RAM. The phone also has a fingerprint scanner, a feature which regularly makes its way into the higer-end phones. The speakers are average, as is the camera. Both will be sufficient for casual music, videos, and photography, but you’re really getting what you pay for in this area. The camera sounds better on paper than real results, but it’s not terrible. It has a 13MP rear camera, f/2.0 aperture, and LED flash. As long as there’s plenty of light, your photos will be fine. It has a 3,000mAh battery and it works very well with the phone. On a single charge, the phone will easily last you a full day with average use. Huawei’s Android version is EMUI is not as sleek or smooth as it could be, and being a proprietary overlay, it’ll be hard to get official technical support. If you have any issues, you’d have to dip into your search-engine skills. Overall, the Huawei GR5 is a pretty solidly built mid-level device. For a decent price ($375) you can buy the phone outright and have a phone that works. But if you’re going to lock yourself into a 2 year plan for this phone, you might want to explore some other $0 options. While the GR5 on its own is pretty nifty, it pales in comparison when you look at some other phones on the same tier with the same pricetag.