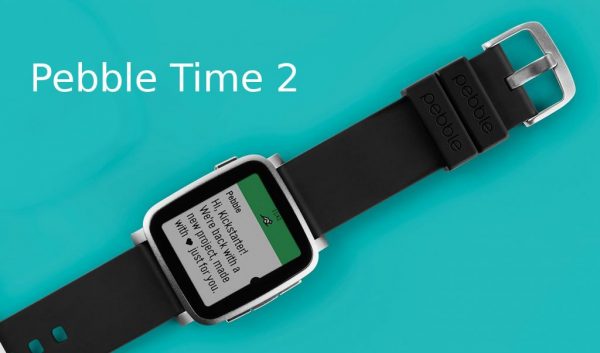 Pebble has once again approached Kickstarter for their third product release and it looks very successful already. Their previous Kickstarters took first and third place in fundraising-company’s hall of fame for most successful campaigns, while their most recent one has already climbed to fourth place. Even with 25 days left to go, Pebble has already received more than $10 million in funding from backers. Their new products are: Pebble 2, Time 2, and the Pebble Core. Both new watches now feature Pebble Health, which touts adaptivity to your busy schedule so that you’ll always have time to exercise. It tracks basic things like your heart rate, steps, and sleep. Set your own personal goals and you’re good to go. Health also comes with an app so that you can access your stats on your mobile phone to view organized graphs. If you’re still not convinced, the greatest thing about this is that the fact that both devices are rugged and water resistant up to 30 meters. The Pebble 2 is an improved and sleeker version of their original Pebble and it comes in black with coloured accents. It has 7 day battery life and starts at $99. The Pebble Time 2 is basically the Pebble Time and the Pebble Time Steel mixed into one, except it has a 53% bigger screen and can go for 10 straight days on a single charge. You can get it in either Black, Gold, or Silver for $169 each. The good news about this is that you get all the benefits of Time Steel, but at the cost of the Pebble Time. The Pebble Core is in a league of its own. It’s basically the iPod Shuffle, but remade and improved. It’s great for both runners and hackers alike, having 3G capabilities and programmable buttons. It can stream Spotify, has GPS tracking, can take voice notes, and send out emergency SOS signals. Pebble has also announced that Pebble Core will be supporting Amazon Alexa, Amazon’s version of a personal assistant. Core will work with Runkeeper, Strava, Record, Mapmyrun, as well as Google Fit. It’ll also use WiFi, but in the case that you want internet on the go, it’ll also take a micro-SIM card for 3G and WiFi. It’ll last up to 9 hours with location tracking and offline music. The Kickstarter price is currently $69, but it should be retailing for $99 once it arrives at stores. While the Pebble Core sounds fantastic on paper, it may be a bit pointless for runners who don’t use Spotify. Google Play users are hoping that the Core will support other streaming apps. The last time that Pebble went to Kickstarter for support, they revealed new updates and surprises at different stages of funding. Because of this, many users are hoping that there will an update to include the Pebble Round with their new line up.