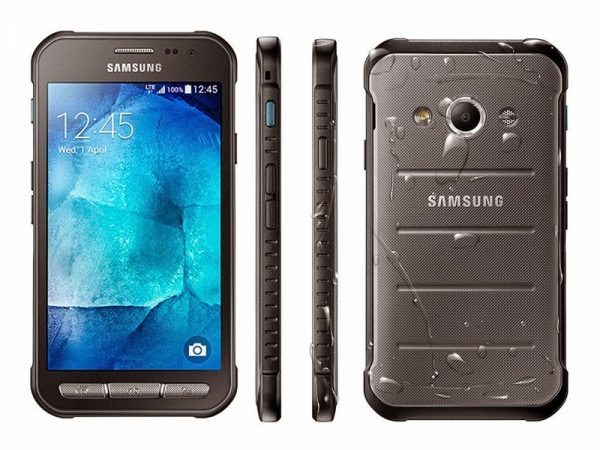 The Samsung Galaxy S7 Active has started making its way into people’s hands and it is looking pretty good so far. Available in Camo Green, Titanium Grey, and Sandy Gold, it’s the rugged sibling to the recent flagship phone, the Samsung Galaxy S7. As always, the Active device takes a huge hit in the looks department in order to bring you a sturdier phone. At first, we were wondering what Samsung could possibly come up with in order to make the S7 Active a device worthy of purchase, since the S7 itself already has water and dust resistance. While we suspected the typical military grade protection and physical buttons, we weren’t expecting such a large increase in the phone’s battery size. In order add to the phone’s reliability and--no doubt--add to its appeal, Samsung packed in a 4,000mAh battery. While this is the biggest capacity that any company has added into any superphone, the massive battery means the phone itself is also significantly thicker. It also means that depending on your usage, it’s highly likely that you’ll still have to charge the phone nightly--but that you’ll be able to do significantly more throughout the day on a single charge. Other than its bulkiness and extremely large battery, the S7 Active runs internals similar to the regular S7. It still uses Snapdragon 820 as its processor, 4GB of RAM, and the same fantastic 12MP camera. You get 32GB of internal storage, but with the choice of expanding that with a microSD card. The phone has an IP68 rating, of course, so it does not need any flaps or covers to protect ports from water or dust. Samsung has also added a layer of polycarbonate over the expected Gorilla Glass 4 and claims that doing so will protect the screen from shattering. The S7 Active should be able to survive drops from up to 5 feet without damaging the screen--even if it lands in the dreaded screen-first position. While the phone itself will scuff and show everyday damage, the most important thing--the screen and its internals--will continue to thrive. The Active Key is another great addition to the S7 iteration, traditional with all Active devices. You can program it to run three different apps by way of various tapping patterns. For example, tap it once and open up Twitter. Tap it twice and open another app. Tap it once and hold it for a third app to open up. This is one of those features that you never knew you wanted in your life until you get to integrate it into your life. For about $795 USD, you lose the sleek and shiny design of the regular S7, but get a 4,000mAh battery and superior sturdiness with the Samsung Galaxy S7 Active. As of right now, it’s available only through AT&T in the USA and we’re unsure of whether it will make its way to Canadian providers at all.