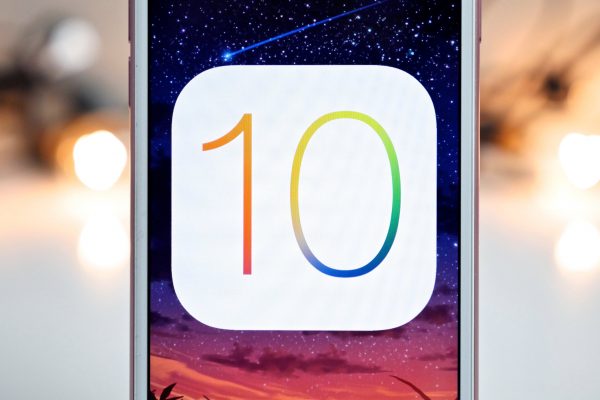 As always, Apple is causing a stir amongst its users. iOS 10 will be released for public beta testing in July, while the rest of the (eligible) world will receive the free update in the fall. For developers, iOS 10 is available now. Many Apple fans call the iPhone an innovator of new features, but even they cannot deny that some of the new iOS 10 features have been enjoyed by users of other operating systems for some time now. For example, users who update their phone will get “raise to wake,” where the phone will turn on to show your notifications when you pick it up. “Rich notifications” will allow you to respond to a text message right in the notification itself without leaving the screen you’re on--even the lockscreen. Amongst a plethora of interesting--albeit gimmicky-- updates to how you can contact your friends and family, you can now change how your chat bubbles look, write a message with your finger, have animations according to specific messages you send, and hide messages or photos until your recipient swipes to reveal the image. Siri is now available for third party apps, so you can ask Siri to do things for you in so many more ways. For example, you can ask her to book you a ride through Lyft, or send a message to a contact through WeChat or Whats App. Maps has also improved; it’ll pick up your habits and proactively suggest how to get to a location the fastest as well as provide stops along the way if you’d like. It’ll also support in-app reservation booking so you can search for the directions to a restaurant while booking a table. Photos will be searchable by text, so you can search for photos based on who or what is in the photo, which is a very interesting and useful feature. Never again will you be stuck with a moment where you just know there’s a soccerball in the photo, but you can’t find the photo itself--just type in the searchbar “soccerball” and all images with that item should come up! iOS 10 will also support a better system for memories created from photos in movie-form. One feature that many iPhone fans wanted for a very long time is the “clear all notifications” button. Before iOS 10, users had to clear notifications one at a time, which, while is not a very time-consuming task in itself, can become very tedious very quickly. You will also be able to open up the camera right in the lockscreen itself by swiping right (again, something users of other softwares have enjoyed for some time). Perhaps one of the most interesting developments set to release with iOS 10 will be the new Home app. Within this app, you will get access to the smart technology in your home, including the lights, blinds, and thermostats. Companies such as August, Canary, Withings, and D-Link have already confirmed support for Apple’s HomeKit. Some other features to come with the update include: voicemail transcription; better Siri integration and understanding, updated 3D Touch options and shortcuts, and updated control panels. As we approach a world where technology is so integrated with our lives, it becomes harder and harder to find never-before-seen features. While Apple is finally giving its users access to some long-time-coveted controls, it definitely seems like they’ve still managed to produce better as well as new features, too. iOS 10 will be compatible with the following devices: iPhone: iPhone 5 iPhone 5c iPhone 5s iPhone SE iPhone 6 Plus iphone 6 Iphone 6s Plus Iphone 6s iPad: iPad mini 2 - 4 iPad (4th generation) iPad Air iPad Air 2 iPad Pro (12.9” and 9.7”) iPod: iPod touch (6th generation)