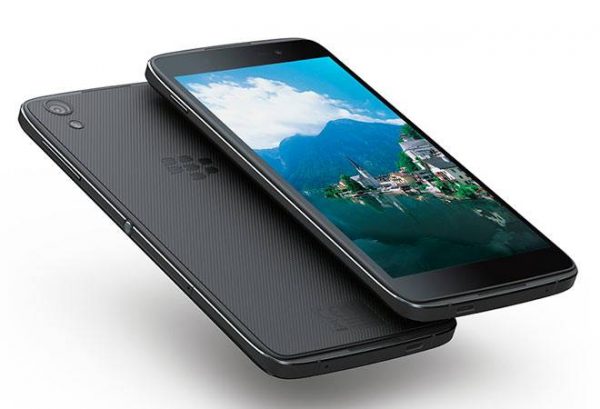 Blackberry is back at it again with another Android-powered Blackberry DTEK50 touchscreen device with more focus on security than ever.

Touted by the company as the most secure smartphone in the world, it shares with the Alcatel Idol 4 both hardware and design. With a 5.2” 1080p display and Snapdragon 617 as its processor, it’s a pretty solid mid-range Android device. Design-wise, it evokes Alcatel’s style. It has soft and rounded corners with a little camera bump on the backside followed by the flash and the Blackberry logo. The entire backing itself is dotted rubber which does help with grip, but does nothing for the phone in terms of style. However, it seems like Blackberry’s target audience would rather have function over form anyway. The extra grip is a good feature because the phone itself is really light. Unfortunately, the lack of weight means the phone can feel cheap to some people. It has 3GB of RAM and 16GB of internal storage, but you can also put in a microSD to add up to 2TB of external memory. There’s a 13MP rear lens as your main camera with an 8MP front camera for selfies. The phone will come with Android M and Blackberry’s own Blackberry Hub Despite the phone’s mid-range specs, Blackberry proudly calls it the most secure smartphone in the world. Part of the reason for this is DTEK. The Blackberry DTEK50 is named after an app available in the phone that allows users full control over other apps’ permissions. For example, you might have noticed that when you first install or open an app, it may request permission to certain parts of your phone that raises some eyebrows. The Blackberry DTEK50 will allow you to easily check and edit what each app can and cannot access. The phone should be selling for $299 USD Even with the discontinuation of the Blackberry Classic, Alex Thurber (Blackberry Senior Vice President for Global Device Sales) has announced on Twitter that “the keyboard is here to stay.”