Home » Blog » iPhone 7 Has Arrived And It’s Camera Is Better Than Ever!

iPhone 7 Has Arrived And It’s Camera Is Better Than Ever! 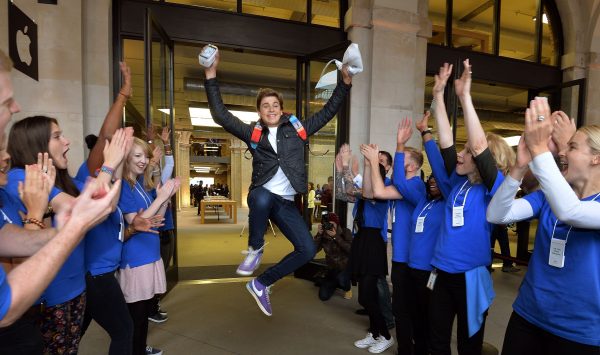 Apple fans rejoice the iPhone 7 has finally been unveiled! The race to be the first to rock the new iPhone is on. Pre orders are currently taking place online but are quickly being wiped out, and orders are stating phones could take weeks/months to ship. If you are adamant on getting your hands on the new iPhone then another option is heading down to stores on Sept 16th. Prepare to witness the infamous Apple release date lineups and wait for hours. You have been warned! Our recommendation is to pre order from your service provider and that way you can skip retailer lines. Looking past the smoke and fancy Apple terms, the only differences with the iPhone 7 are improved specs. Nothing notable to mention about the design besides the two new black colour finishes. Now let’s jump right into the features of the iPhone 7! Water resistance and dust proofing 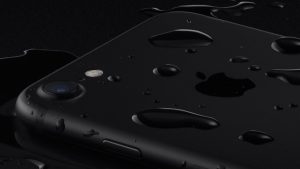 We’re surprised that this feature actually happened as it was only a mere rumour. But Apple fans are not going to complain, as they can now use their phones with a piece of mind. The iPhone 7 will be able to survive up to 1 meter (3.2 feet) of water with IP67 water resistance. Those days of soaking your iPhone in rice and praying that your phone will be saved are finally over. Redesigned home button

May the force be with you ...all the time in your pocket.. literally. Force sensitive home button, it’s the same as the taptic engine haptic feedback used in recent macbook pros. This will be integrated into your iPhone to give a different vibration feedback for various alerts. Improved camera? The real star of the show is the camera! Apple is taking it to the next level with their cameras, the proof is in the photos presented at the keynote. 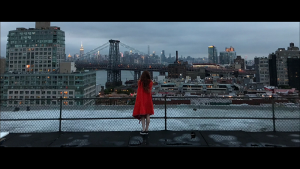 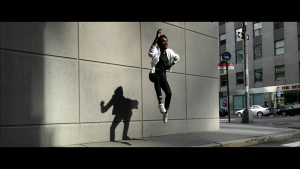 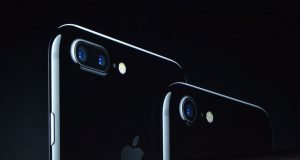 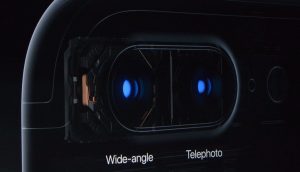 7Mp vs 5Mp iPhone 6s Apple’s has definitely witnessed the explosion of Snapchat selfies, so it’s a given the specs for the front facing camera would be upped. This brighter lens lets in 50% more light than the iPhone 6s f/2.2 lens. The sensor has the same resolution but is said to be 60% faster and 30% more efficient.

Stereo sound speakers Your music will sound on point now, just in time for when you want to blast your music at the gym. Apple is definitely working to improve the audio quality with the addition of new stereo speakers at the top and bottom. RIP headphone jack ?? For the past months before the Apple Keynote, the removal of the headphone jack was breaking the headlines of tech news, and the internet literally freaked out. Apple still has included a pair of headphones, but they now connect via the lightning port. However, If you want to go back to your archaic ways then you can always use the headphone adapter included in the box. Colour finishes:

NEW* Jet Black - which kind of feels like a piano black keyboard Available only in 128GB and 256GB storage Just a heads up for those purchasing the jet black finish, reviewers say it is a finger print magnet and can easily be scratched. NEW* Matte Black(replacing space grey) Silver Gold Rose gold Storage options available in : 32 GB, 128 GB, 256 GB. Say good bye to the 16 GB storage option ?? Will you be grabbing an iPhone 7 or will you be waiting for next year’s release? As always tweet us know what your thoughts @cellphoneunlock
Back to article list