Snapchat Spectacles Are Coming To Town. 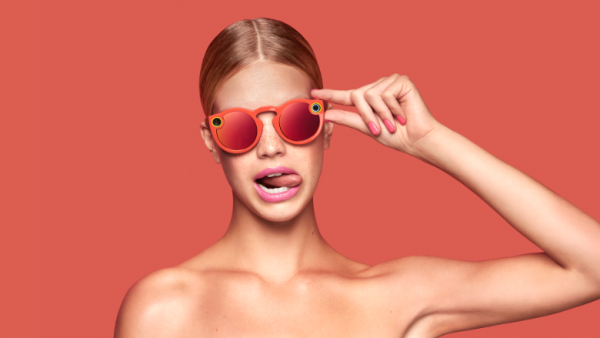 No this isn’t a throwback tribute to Google Glass. Snapchat has announced it’s very own line of smart glasses! Sound familiar? Let us take you back in time... specifically in 2012 when Google released revolutionary smart glasses known as “Google Glass". Will Snapchat’s Spectacles flop like it did with Google Glass? Trailer: https://www.youtube.com/watch?time_continue=4&v=XqkOFLBSJR8 Not so long ago, Snapchat was seen as an outsider in the realm of social media platforms. Now every social media marketer must understand the ins and outs of Snapchat. A platform that started out aimed at young adults to university students, has now been taken over by businesses. Snapchat has definitely been killing it in the social media game, but will it be able to continue to do so in the wearables industry? We’ve got the deats on Spectacles for you right here. 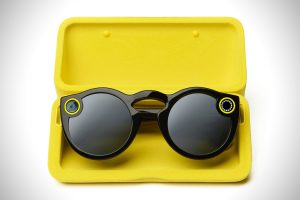 They will come encased in most likely Snapchat’s signature yellow and come with a charging dock starting at $130. It is one size only and come in 3 colors: Black, teal, and coral.

They’re meant to film in a circular video format and comprises of a 115-degree lens mirroring how human eyes see. These recordings will be saved in your Snapchat memories and it will be automatically cropped and adjusted to either portrait or landscape according to your phone. Spectacles will record 10 second clips to a maximum of 30 seconds. Gone are the days where it was a nuisance to pull out your phone to snap, now you can do so with just a quick button. Snapchat’s direct way of fixing a user experience in hopes of brining on aboard more users and motivating them to participate in posting more frequently. Once you press on the top left-hand corner of the sunglasses, a light will flick on to indicate you are live, and it’s ready, set, snap! Sorry there will be no incognito snapping, an outward facing light is placed to alert anyone in your field of vision. 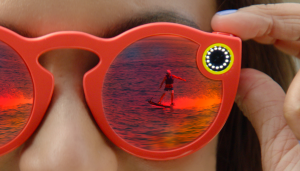 The problem with many wearables is that it is deemed useless without your cellular device, but the difference with Snapchat’s wearable is that it works as a stand alone device. The snaps will be stored once you return to your device. Those of you who felt left out when Google Glass rolled around with it’s ridiculous price point. These are much more affordable and will allow many more tech enthusiasts to participate. Looking at the sunglasses's shape and colours released, the target market is obvious. Those who use the dog filter on the daily type of people, aka young teens to millennials. On top of this recent news breaking the internet, Snapchat is dropping the chat in Snap. Say hello to Snap Inc. ?? There’s no question in debating Instagram and Snapchat’s rivalry especially with the release of “ Stories". Does this mean Instagram will be releasing smart glasses as well? We’ll be waiting for you Instagram. In the mean time, tweet us your first impressions of Spectacles @cellphoneunlock.