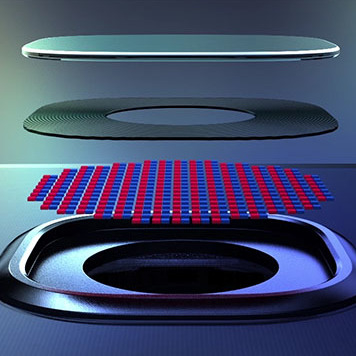 For months now we’ve been hearing possible leaks about what to expect from the newest Galaxy S7 and Galaxy S7 Edge.

Fans of the galaxy have been speculating for some time now, what they might be able to expect from the newest model, with the recent release they’re not going to be disappointed at all. What’s really interesting is that despite all the features that have come with the newest Galaxy edition, the camera is what’s standing out as a fan favorite. Galaxy phones use a 1/2.5 Sony IMX260 Sensor. However, with the Samsung Galaxy S7 and S7 Edge, both the pixels and optics are bigger than the Samsung Galaxy 6. Among other new features that has come with the Galaxy S7 is they’ve shrunk down the size of the camera in which it sticks out on the back, making it thinner. The Galaxy S7 will feature one more added bonus to the camera which includes the Dual Pixel Autofocus as a new feature. While many smartphones do sport the auto focus feature, the Galaxy S7 is the newest to use it in a different way. In other models of high end smart phones, we’re use to the auto detection system which not only focuses on an object, but works with the lighting. The Galaxy S7 is the first of its kind to really work with the objects that it captures in great lighting sources. The system the Galaxy uses will now allow it to capture the object it’s focusing on faster which can create better photo’s, better photo quality and allow users to take photos faster than before. Similar phones such as the iPhone 6 tried to implement the same technology, but weren’t able to do so with quite the same effect that the Galaxy S7 is able to. Other smart phones that have attempted to capture this same affect have only been able to do so on such a marginal scale. We’re talking maybe five to the maximum of fifteen percent of the pixels involved in taking a picture. The Galaxy Samsung S7 and the Galaxy S7 Edge are actually using every pixel involved. This is a whole new way we’re being able to use technology, how it’s able to now enhance the quality of our pictures and it’s really amazing. It’s safe to say that those who’re Samsung fans won’t be disappointed to say the least when it comes to the new line of Galaxy smart phones. Among the great camera that comes equipped with both models of the new Galaxy phone there are still many more additional features to love about this phone. The design still seems to follow the large, but sleek format we’re used to seeing in the previous models, and has the ability to download some of your favorite apps that you love. With a good amount of internal space, you’ll still be able to upgrade the external space with the aid of memory cards that can easily be installed in to your phone. What would you like to use the Samsung Galaxy S7 camera for? Let us know! Unlock Samsung Galaxy S7 Unlock Samsung Galaxy S7 Edge