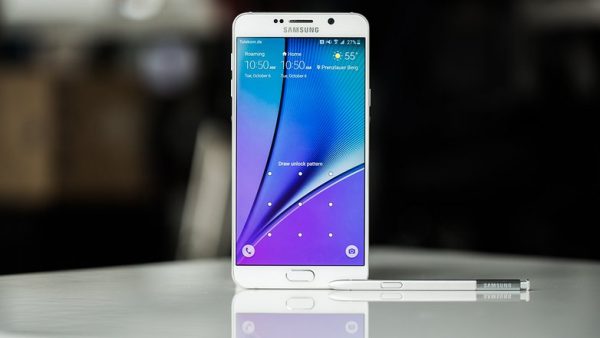 It hasn’t even been a year yet since Samsung’s Galaxy Note 5 was released, but the rumor mill has already been churning on a potential Galaxy Note 6 device. Here are the Note 6 Rumors we have heard.

When the S5 was released with water and dust resistance, people excused the Note 4’s lack of similar protection by saying Samsung hadn’t had the technological know-how to waterproof phones with metal bodies yet. When the S6, with its glass and aluminum body, was released without an IP67 or IP68 rating, suspicions were all but confirmed and it was only expected that the Note 5 would be vulnerable as well. However, the S7--in all its glass and aluminum glory--is now following its owners out into the wilderness to brave all types of water and weather, so we’re expecting nothing less for the upcoming Galaxy Note 6. The phone really could use the IP68 rating, especially since Samsung seems to gravitate the Note series more towards businessmen. The S7 also features expandable storage as well as wireless charging, so we’re predicting that they will come packaged with the Note 6 as well. The loss of the ability to use microSD cards came as an extremely unpleasant surprise for all of its fans, so combined with the beautiful displays that Samsung is famous for, it’s only expected that they’ll bring it back. It really seems like Samsung has been conscious of having sealed in the batteries of their phones and are trying to make up for it by enlarging the battery capacity in their latest releases. We saw obvious efforts with packing in more battery capacity in both their S7 and S7 edge flagships, and are therefore also expecting a boost in the Note 6’s non-removable battery, too. The S7 edge comes with 3,600mAh, and because history has often shown that the Note series has the biggest battery, it’s not unreasonable to hope for 4,000mAh. The company stuck with its 5.7” display for two generations now, and judging by the S7 edge’s 5.5” phablet size, the next Note may come with two variants: one at the 5.7” size and another, larger one. It might also have a 4K display to match the Sony Z5 Premium, which claims to have the world’s first 4K screen. The Note 6 is speculated to carry the Snapdragon 820 to power that screen, coupled with between 6GB to 8GB of RAM. Another fun fact: Samsung might release a dock to turn the Note 6 into a hybridized laptop device. While we don’t foresee how this hybrid could ever compete with other real laptop/tablet devices, it would certainly enhance the productivity of the phone. As always, we’re very excited to see what Samsung has in store for the new Note phone. The Galaxy Notes are usually made up of the best parts of their smaller Galaxy phones, and with how impressed we’ve been with the S7s, the Note 6 is bound to be great, too.