One day until OnePlus 3 Launch! 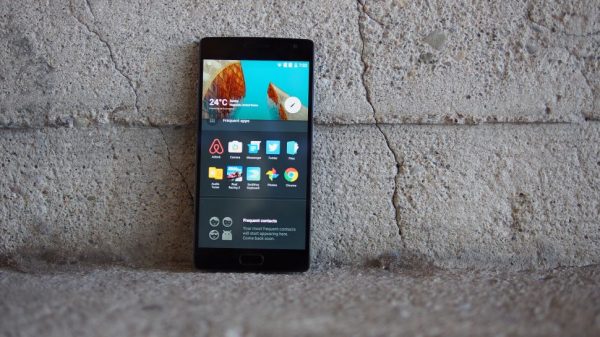 The OnePlus 3 launch is set to be tomorrow, and it’s shaping up to be a pretty good device--if leaks are to be trusted. There’s been sightings and images of the phone with an all-metal body with vogue antenna lines and a home button that doubles as a fingerprint scanner. It should run Android 6.0 Marshmallow covered by the company’s own skin, OxygenOS. It should have a 5.5” display with the traditional 1080x1920 resolution and run Snapdragon 820. It might feature a 2.5d curved display, following in the footsteps of many flagships, and have 4GB or 6GB of RAM. One thing it most likely will not have is expandable storage, because rumours say it will come in a 32GB, 64GB, and 128GB version. The large camera pictured on the back should be 16MP, while an 8MP camera will be at the front for selfies. To future-proof their device, the company has given the OnePlus 3 a USB-C charging port. It should have more than 3,000mAh for its fixed battery, likely 3,450mAh. A lot of users reported over heating issues with the Snapdragon 810, so OnePlus has listened to their customers’ complaints and put the Snapdragon 820 into their latest flagship killer. Considering this is the same processor used in many flagships today, like the Samsung Galaxy S7, we’re excited to see what the OnePlus 3 can accomplish with a bigger battery, smaller resolution, and the same processor. It’s rumoured to be priced at around $400 USD--a very low price for high quality parts. With the rise of Huawei’s P9 and P9 Plus, it’s certainly more than surprising to hear that OnePlus may stop using their infamous invitation-system. For their previous releases, the company has used a system where they would release a certain amount of invitations out to the public, and only invite-holders may purchase a device. They would then have up to 24 hours to claim their purchase. The purpose of this strategy was effective in two ways: the first was to boost the exclusivity of their phone, making it more popular and covetable by cellphone users; the second was to help with stock limitations. With the removal of this frustrating system, would OnePlus (now a well established company) be able to keep up with demands? Would their demand remain high even without the invitations? The OnePlus 3 launch can be streamed live through VR at 5:30 UK time on Tuesday June 14th. In order to watch the experience, download the free Loop app for your phone or your tablet. Now that the OnePlus 3 has launched. Here is the OnePlus 3 Review!